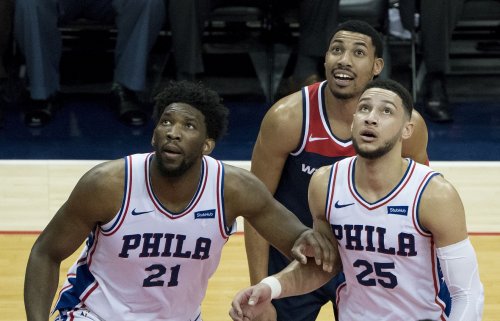 'Trust the process!' To envision a winning strategy, you need a Sam Hinkie. To execute effectively, you need a Brett Brown.

Trust the process! For years, this stadium-shaking chant has been filling Philly's Wells Fargo Arena as the Philadelphia 76ers ("Sixers," for short) have evolved from an epically atrocious band of losers to championship contenders. How was this possible? We hometown fans have taken a keen interest in this question, even as the NBA playoffs continue.

We think the team’s resurgence should interest our fellow entrepreneurs, too.

If you want a lesson in how to execute a strategy, look no further than the contrast between the numbers-oriented Sam Hinkie, the Sixers' former general manager, and the team's current people-person coach, Brett Brown.

Hinkie had what management gurus call a Theory of the Business. This was the radical tanking scheme that has since been immortalized as the Process. While the strategy was brilliant on paper, it took Brown’s leadership skills to make the pieces Hinkie had assembled fit on the court. Together, the two basketball gurus give us a valuable case study in the dos and don’ts of making strategy work for entrepreneurs.

When you next need to move from planning to execution, consider the following four lessons from the "Sixers School of Management" on getting your people to “trust the process.”

Hinkie had a brilliant insight that inspired fans to chant the now famous phrase: He saw that every championship team had had a star -- a Michael Jordan, a Stephen Curry, a LeBron James — and the 76ers would simply never get one themselves by playing mediocre ball. They needed, instead, to first get really bad so that they could win (pun intended) the right to pick the best player in the draft and start the process of building a franchise around him.

But, as execution of this plan turned into a long slog, Hinkie’s hyper-focus on analytics became his downfall. As the Sixers went into an epic slump -- one sports writer called the team’s playing an “atrocity” -- and fans left the stadium in droves, Hinkie doubled down on his march to mediocrity, doing little to explain why the team needed to continue to be historic failures.

Hinkie’s reclusive nature led him to burn bridges with multiple agents who believed he was withholding important information from them. They then steered their clients away from the team, threatening to sabotage a key part of the Process.

The way that he seemingly viewed players like commodities to be traded also created a pervasive feeling that the team was rudderless. In short, Hinkie fell into the same trap as countless entrepreneurs who have been so focused on the brilliance of their own strategy that they've forgotten it's necessary to build the support of people around them to carry it out.

As a result, Hinkie was ousted two years ago. Though the Sixers finally got at least two rising stars, Joel Embiid and Ben Simmons, something more was needed to realize the promise of the Process. That something was someone with the skills to be a very different kind of leader: Brett Brown.

3. Do find ways to make the strategy personal.

Brown knew that to make the Process work, having great individual assets on paper wouldn't be enough; he had to connect the strategy to the unique team chemistry the players created.

Toward that end, he had players watch and comment on videos of themselves on the court from as far back as high school; he encouraged them to reflect on the way their intensely personal journeys wove together into the current team culture. In an ESPN interview, Brown described how he had leveraged the team’s diverse backgrounds to create a playing style that didn't have an “NBA feel.”

The Sixers' style, in fact, became more international, emphasizing speed and passing. It's a style that has staked out a unique competitive position compared to that of other teams in the league.

4. Do create a culture of trust to support the core strategy.

Brown understood that to build support for the Process within the team, he would have to create a sense of mutual trust. He most famously does this through monthly breakfast meetings, in which players deliver a PowerPoint presentation about a subject of intense personal interest. Topics have run the gamut from tattoos to coffee to snakes. There was even one as serious the Balkan conflict, which touched the life of Croatian power forward Dario Saric.

The point is get to know one other as whole people, not just employees, and thereby make the strategy that assembled these players feel like a part of the team’s core identity. The morning storytelling sessions might seem superfluous, but their ability to get players’ buy-in was real. In fact, it was a player, Tony Wroten, who first used the phrase “Trust the Process.” Those words caught on among the team's members before spreading like wildfire across the league.

Bottom line: Hinkie deserves the snaps he’s now getting for having drawn up a brilliant strategy; but in any business, including sports, having the right assets and the right approach on paper is not enough.

The underappreciated Brown should also get his due for creating an environment where the talent Hinkie assembled could execute. The fact that the Sixers have made it to the second round of the playoffs for the first time in six years leaves no doubt that the process is working, and many commentators see in the team the makings of a championship contender in the near future.

Some of us paid a lot of money for our MBAs so that we could learn about balancing analysis, teamwork and organizational culture. Turns out we could’ve gotten our education for free at the Sixers School of Management.

In short: Countless strategies that look great on paper fizzle because of inattention to the importance of the team chemistry and commitment needed to carry them out. Hard-charging entrepreneurs, sad to say, often pay a big price for forgetting this lesson. To envision a winning strategy, you need a Sam Hinkie; but to execute effectively, you need a Brett Brown.