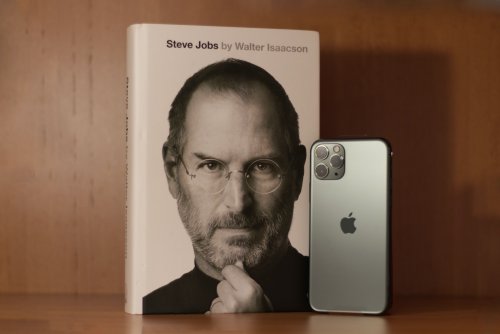 Close your eyes and think of the most iconic founder in recent memory. We’re willing to bet that an image of Steve Jobs floats through your mind. That's no surprise. Jobs, though he's no longer with us, remains the quintessential role model for entrepreneurs; and he’s an inspiration to us, as well.

Whenever we deliver workshops on influence and persuasion, we inevitably tell stories about the impresario in the ubiquitous black turtleneck and his inspirational leadership. Occasionally, a hand will shoot up in the audience from an executive with a furrowed brow who asks: “Wait a minute … I thought he was a total jerk! Is that what I have to do to be effective?”

As much as we love Jobs, these quizzical participants are partially right: While Jobs was, and is, beloved by millions, many of the people who worked with him called him unprintable expletives because of his hard-charging style.

But many founders looking to craft their own leadership styles may be drawing the wrong lesson from Jobs’s example. It’s true he was famous for dressing down employees who made mistakes, but just as often he exuded so much charisma that his colleagues joked about his creating a “reality distortion field.”

Jobs's was a "field" so powerful, in fact, that Sun Microsystems had an informal rule to never sign a contract with Apple while he was in the room.

Essentially, the Apple co-founder's effectiveness boiled down to this: He was able to push his people when he needed to because he had done the hard preparatory work of creating “pull.” He inspired team members first so that they were driven to live up to his exacting standards when the situation called for it.

Too many entrepreneurs get this equation backwards and wonder why their employees disengage or drop out when they, the leaders, present tough challenges. And that's a valid misperception. To understand why, let’s break down the Steve Jobs formula for being an inspirational driver, so that you, too, can prime others to rally when you have to shift into taskmaster mode. Here are the steps:

Jobs's relentless drive wasn’t just a personality quirk. He argued that every company should have what he called a “noble cause,” and he strongly believed in his. One of his employees, Henry Nicholas, has written that,"All of Steve’s urgency and attention to detail was for a reason: He believed it was up to us to do the hard work of making technology simpler to use instead of more complex, and he made me feel like I was taking part in something special."

Jobs understood that if teams don’t find their work meaningful, they perceive challenging directives from a leader as arbitrary demands rather than a call to sacrifice for a higher purpose. Guess which scenario is more motivating? If you want to be a hard-charging entrepreneur, make sure you know what you are charging toward.

2. Tell your story early and often.

Jobs did more than articulate lofty visions; he was a master storyteller, as well. Don’t take it from us -- this is what one of Apple’s first employees had to say about Jobs's oratory skills: “"He always knew how to get an audience in the palm of his hand in seconds -- to get them into a story that’s emotionally interesting.

"Then he’d bring his voice down," the employee continued, "so people [were] hanging on every word.” In short, Jobs understood that it was not enough to have a mission, vision and values. If you can’t weave your ideas into a clear, compelling story, those ideas remain abstract words likely to be forgotten on a dusty page of your on-boarding materials.

Want an example? Watch how Jobs did this in his famous speech at Macworld in 1997. It was a tough moment: The company was in dire straits and Jobs took the opportunity to announce a partnership with Microsoft to a group of diehard Apple fanatics. They didn’t take well to the announcement, but by the end, the audience came around.

It ended up being a pivotal moment, due in large part to the narrative that Jobs was able to create about whom the company really served. Founders with Apple-level ambitions should take note in particular of the story at the end (look near the 35:30 mark) where Jobs talked about “the crazy ones” who buy Apple products.

Want to inspire like Steve? Work on the stories that illustrate your own noble cause and tell them at every opportunity.

3. Push, but do so within boundaries.

Once you’ve drawn your employees in and generated passion about your company’s direction, only then have you earned the right to crack the whip for those intense product launch weeks or project wrap-up periods. But before you go into “push” mode, make sure you have a clear end point and time line in mind. Intense work with no clear end in sight is demoralizing. When we can see the finish line, we are more likely to be energized about rising to the challenge.

At Apple, those joining a special project team know they are in for a wild ride. The top performers who developed the iPhone were told, “You will work harder than you have ever worked in your life.” But they knew that their effort would be building toward specific milestones, after which they could take a breath and bask in the glory of their accomplishment.

Engineer Andy Grignon, for example, has related how he worked himself to the point of exhaustion getting things ready for Jobs's big keynote address to announce the iPhone. But Grignon felt it would be worth it just to watch -- from a prime location in the audience -- as his boss revolutionized their industry. He and his teammates even toasted with scotch during the speech itself.

Now, we don’t recommend imbibing during major presentations, but we do recommend setting boundaries around the intense moments when, as leader, you need to ask your people to be all-in.

In sum, over the years, we’ve seen many Jobs-wannabes fail to inspire the same kind of passion the famed founder created at Apple. The problem usually occurred because these entrepreneurs adopted Jobs's demanding style without doing the hard work of getting buy-in to begin with.

The Jobs equation? To push your team hard, aim to create pull first.