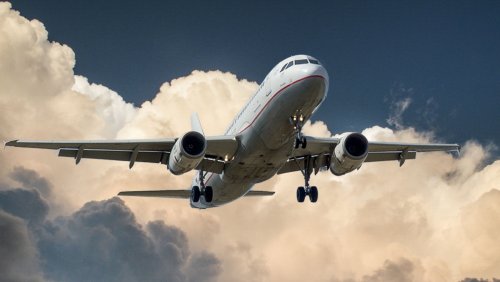 As JetBlue's founding team showed, applying simple common sense can be your most innovative strategy.

As major airlines deal with one PR crisis after another, one carrier has managed to fly above the turbulence: JetBlue airways.  When United’s passenger-removal dilemma -- and its viral video -- became a social media nightmare, JetBlue highlighted its no-overbooking policy.

While American Airlines and others are catching flak for reducing seat size, JetBlue can boast of its ample economy leg room.

Since its founding nearly 20 years ago, the company has been building a reputation for cultivating a customer service culture that stands apart from the rest of the industry. We recently sat down with one of the chief architects of that culture to talk about how he and his team members created an identity for JetBlue that continues to drive high performance to this day.

Mike Barger, now a strategic advisor to the University of Michigan’s Ross School of Business, was a member of the founding team for JetBlue and its chief learning officer. Looking back on the company’s early days, he draws three lessons for any startup team aiming to build a culture that is truly built to last.

The story of JetBlue starts in a hotel conference room, where the founding team convened to discover how they could do air travel differently from what was then a largely undifferentiated industry. Barger describes how the room lit up when attendees realized that what had brought them all to the table were their personal frustrations.

“Every person on the startup team was there because they were disappointed in their previous experiences as airline leaders," Barger said. "What motivated us was the chance to start from scratch.”

The founding team then took took an unorthodox approach to team formation: “We didn’t start with a list of values,” Barger recalled. “We rolled butcher block paper around the wall and started writing down everything that seemed to be broken in the airline industry.”

That exercise was hardly a tough one, as brainstorming sessions go, Barger said, laughing. “After a half day, we had run out of paper!” Nor was the effort a three-hour gripe fest, he said.

In fact, that first conversation tapped into the deep motivation of each person in the room. As team members shouted and scribbled new ideas, the group created collective excitement around the promise of a radically new business model.

En route, Barger and his team discovered what the best founders know. As he put it: “Shared goals are meaningless if they aren’t backed up by the individual interests of each team member. They all have to be able to answer the ‘What’s in it for me?’ question.”

Takeaway: Do you know what drives each person on your team? If not, you’re missing a crucial source of energy that supports successful company cultures for years or even decades.

Not satisfied with just creating a list of complaints, JetBlue's founders decided to turn their frustrations into positive change, Barger said: “We gave ourselves a homework assignment that night: Take this long list up to your room and come back tomorrow morning with specific solutions to these problems.” Their goal, Barger explained, was to take their individual passions and turn them into a shared vision that would align the fledgling business.

The next morning, the founders started listing the solutions they had come up with. As they were writing, they joked about how the ideas (A TV set for every passenger! Don’t sell a ticket unless you can guarantee the seat!) seemed blindingly obvious. Recalls Barger: “We wondered why almost none of the airlines were doing these things, and our president said: ‘It sounds like what we’re really talking about is the radical application of common sense.’”

That became a JetBlue rallying cry -- the shared principle of doing the obvious things exceptionally well to create value for each customer.

In short, Barger’s team worked backward from the way most companies proceed. They started with self-interest, and from individual motivations discovered a common principle that would animate everything they did. In a company like IDEO, that principle might be empathy; at Amazon, it’s data-driven results.

Takeaway: As you build your own culture, consider the operating principle that makes your band of passionate individuals a unified whole.

Once they had a shared purpose, the JetBlue team translated it into core values, but an important interim step involved defining those values as concretely as possible, to avoid any ambiguity: “One of the main reasons values become meaningless is, people don’t know what they are actually supposed to do in their day-to-day work,” Barger said.

He talked about the value of caring, which on its own can be abstract: “We told crew members [employees, in the JetBlue vernacular], ‘Caring doesn’t just mean caring for each crew member as an individual. It also means holding people accountable for their commitments to the team, because it’s the team, not individuals, that delivers great service to customers.'” By getting specific about what its values meant, JetBlue's founders made sure everyone would know exactly what was expected of them.

In sum, "culture" is made up of what people do, not just what they say, and good cultures go bad when team members don’t understand what corporate's values look like in the million small actions that drive a business’s direction every day.

Takeaway: With your own team, communicate specific stories and examples that illustrate how your shared vision and values shape even the most mundane behaviors.

In sum, identify interests, create shared principles and translate them into behaviors.It all sounds simple enough. But, as Barger and his JetBlue team found, applying simple common sense can be the most innovative strategy of all.