David Brooks Is Right: You Really Are What You Eat 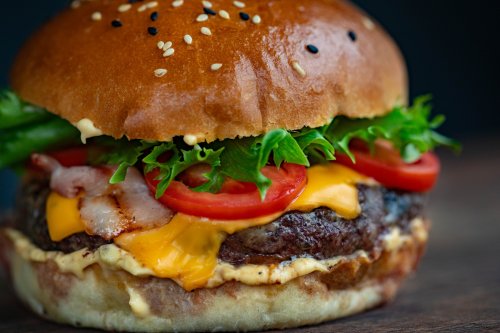 Is it really true that, as the saying goes, “You are what you eat”? We will leave the health questions to the medical professionals, but we are certain that what you eat directly affects your success in the workplace.

Surprising as that sounds, it’s the implication of a hotly debated op-ed written earlier this month by New York Times columnist David Brooks. Our day-to-day interactions are full of what he calls “social signifiers”—the food we order, the clothes we wear, the music we talk about—that separate insiders from outsiders. These signifiers become hidden barriers that make it harder for outsiders to get ahead and for all of us to connect across social boundaries.

The piece has been catching some snarky Internet side-eye for its ill-advised use of Italian meats as an example of class divisions. We understand the skepticism; if Brooks thinks soppressata is only for high-class snobs, we have a few South Philly hoagie spots to recommend. But overall, he highlights an important social phenomenon that defines success and failure in the business world as well.

Like a fancy restaurant on the Upper East Side of Manhattan, different teams and units in organizations have their own signifiers such as inside jokes, jargon, or unofficial dress codes that insiders read effortlessly but are confusing to outsiders. This is about more than a little social awkwardness: Insiders tend to see these interlopers—a new team member or a higher-up—as incompetent and difficult to work with. That’s not exactly an ideal environment for good collaboration and effective leadership.

These hidden barriers are the main reason that most mergers and acquisitions fail to generate expected returns. Just ask employees of Procter & Gamble (P&G) who were around during the time of the Gillette acquisition. P&G people were used to communicating via written memos while new Gillette hires preferred PowerPoint presentations. A Wall Street Journal account reveals how this simple difference in style was a source of big rifts between the merged teams: Gillette employees saw it as symptomatic of their counterparts’ needlessly slow and bureaucratic decision-making. They also found that the P&G love of acronyms like CIB (“consumer is boss”) made it tough to keep up with conversations.

Social signifiers in the workplace are also linked to deeper values that make it hard to create change, as shown in the fallout from founder Travis Kalanick’s departure from Uber. Of course, many inside the company welcome new leadership after enduring multiple scandals. But a backlash to the backlash has also been brewing, as the company is being told it needs to change its culture. For a resistant faction of employees, the aggressive style embodied in phrases like “always be hustlin’” is what uniquely identifies an Uber person and drives the company’s breathless expansion. The company is now feeling the effects of challenging this signifier: 1,000 employees have signed a petition asking the board to bring Kalanick back as various social media posts and emails are circulating that support his leadership.

These cases remind us that the words we use, the things we like, and the stories we tell express more than just personal preferences. According to another old adage, the personal is political. Your ability to navigate organizational politics is a major determinant of your success, whether you are a new hire trying to learn the ropes or a senior leader trying to move a strategy forward.

How can you remove these hidden barriers? You can start by carving out time to get to know employees from other parts of your organization. This might feel like unproductive socializing, but it pays dividends over time. Research indicates that people with more relationships outside of their team are promoted more quickly, and the trust you gain with others makes it easier to get initiatives unstuck. A friend at a major auto-maker told us the story of the most effective manager she ever met: He made a point of spending two hours a month working a different job on the shop floor. When it came time to explain a new change, he was able to speak directly to the experience of his assembly line workers, and he had the credibility to get them on board.

You should constantly ask yourself if you are paying attention to the cues that signal whether you are “one of us” to the people around you. When you are in meeting with an unfamiliar team, remember that your colleagues are watching you like regulars at a restaurant. The moment you speak up, they are paying attention to whether you get the lay of the land, deciding if you belong at the table. Now it’s your turn to order, and everyone is looking at you. Can you read the menu?